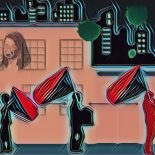 A War Against Humanity: Revenge for #ParisAttacks will not Deliver Justice 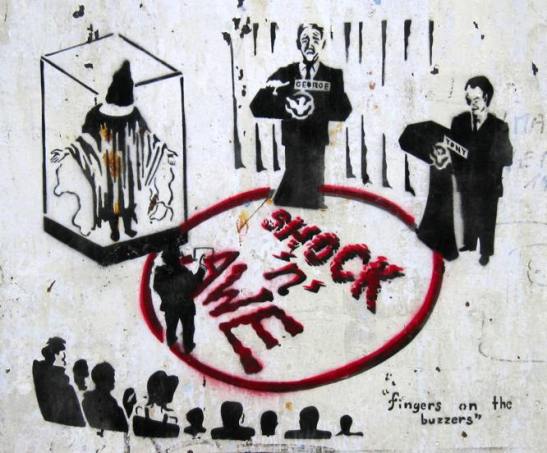 Friday night’s terror attacks in Paris have rightly been condemned across the world, as an outpouring of solidarity emerged from social media and on the streets of cities across Europe and beyond. Less savoury expressions of public grief came from leaders of nations who have been bombing civilians for years. The president of the French Republic, François Hollande, declared war on the Islamic State in a televised address, despite the fact that France has been bombing IS targets for months.

On Sunday night, in retaliation for the massacre, the French state launched an air attack on the city of Raqqa in Syria, dropping twenty bombs on the Islamic State’s capital. What many of those watching around the world won’t know, much less care to know, is that while this is the biggest French attack on Daesh (IS) in Syria to date, the Armée de l’air has been bombing the country since September. It is unclear how many civilian casualties there have been as a result of these airstrikes, however, it would be hard to believe that there have been none. At any rate, prior to the entry of the French state into the conflict in Syria, there had been at least four hundred and fifty nine civilian deaths, one hundred of which are estimated to be children, as a result of US lead coalition bombings.

It is important to note that western and Russian forces are killing civilians in Syria. While it should not need to be restated that IS is the enemy of humanity, we must insist that these lives matter just as much as those who died in Paris on Friday night. Indeed, we should also remember that the clerical fascist IS has killed around one hundred thousand Muslims over the last two years. We cannot mourn Paris without hypocrisy without mourning these lives too. We must also remember the approximately  one hundred and fifty thousand civilians who have died in Iraq since the US lead invasion in 2003. By remembering and mourning all of these tragedies, we can begin to see the big picture, that what happened in Paris was not just an isolated attack by terrorists on the French people, but the extension into Europe of a war on the people of Syria and Iraq that is being carried out by both IS, and the big imperialist power blocks. This is a war that has been going on for decades, it did not start on Friday last.

When the US lead coalition invaded Iraq in 2003, the anti-war movement predicted that those acts, on top of the invasion of Afghanistan in 2001 would lead to widespread destabilisation of the region. It is inconceivable that the world leaders who decided to invade did not foresee this as a possibility, rather that they assessed the situation and decided it was worth the risk. The payoff, was not just access to Iraq’s oil wealth, but a new dawn for global capitalism. After the Second World War, US investment in rebuilding Western Europe from the ruins of the Third Reich, lead to the post war economic expansion, sometimes known as ‘the long boom’.  While the economic recovery after the Second World War was fuelled by Keynesian state intervention, its twenty first century equivalent in the middle east would be privately funded, a Neo-Liberal economic intervention supported by Neo-Conservative political forces. Those Neo-Conservative political forces coldly calculated that the risk of sending the whole region into turmoil, regardless of the loss of life, would be worth the payoff, a new golden age for global capitalism.

Imperialism in the Arab world however, didn’t begin with the so called ‘War on Terror’, and France was heavily involved in the colonisation of countries with millions of inhabitants. Algeria, Morocco, Libya and Tunisia in North Africa, and Lebanon, Syria and Yemen in the Middle East, all had French Colonies. When revolt occurred it was met with brutal repression. In May 1945, Algeria rebelled and forty five thousand Algerians were killed in the wave of reaction from French forces that followed. Later that month, a French warship bombarded Damascus in Syria during a general strike. The ultimately successful Algerian War of Independence that marked the beginning of the end of the French Colonial Empire, was to claim hundreds of thousands of lives between 1954 and 1962.

Since Friday’s atrocity, social media users have been reacting in depressing yet predictable ways. The gutters of Facebook and Twitter have been overflowing with racist bile and anti-refugee sentiment. Those who blame Muslims have no real interest in solidarity with the victims of terrorism. They are not interested that what happened on Friday in Paris is a regular occurrence in Syria and that the overwhelming majority of  the victims of IS have been Muslim, much less to they care about those who have died at the hands of Imperialist powers. Those who call for refugees from Syria to be turned away from the gates of Europe, close their eyes to the terror that those people are fleeing from. If the type of attacks that occurred in Paris became a more regular occurrence in France, many of those people would undoubtably have no problem in welcoming fleeing French people, at least the white ones, to their countries without a thought about benefits or jobs or terrorism, precisely because they look more like them.

The other reaction to Friday’s violence, while not as overtly racist as blaming Muslims or calling for borders to be closed to refugees, betrays the eurocentrism of even the most well meaning observer. Thousands of Facebook users, prompted by the social media website, applied a filter to their profile pictures that overlaid the French tricolore to show solidarity with the victims of the attacks. Apart from the very obvious problem that not all of the victims were French, it amplifies the fact that to many of those people, the lives of Europeans matter more than the lives of Muslims. The day before the Paris attacks, a similar massacre took place in Beirut where forty three people were selected at random and their lives ended. Yet, other than a few politically conscious people, reacting to the wave of French flags, there wasn’t a rush to apply a Lebanese flag filter to Facebook profile pictures.

The other problem with the flag filter is that assumes the victims would want the response to be a wave of nationalism, it assumes they were supporters of the French state. If I were killed in a terrorist attack, I’d hate to think that the way people showed their respect was the application of an Irish tricolour filter to their profile pics. But in using the French flag, the assumption is made, and it says something more sinister, more dangerous; It implies support for the actions of the French state, no matter what they may be. It stands by when the French government clamp down on protest around the climate summit later this month, it gets right behind whatever reprisal bombings that take place, no matter what the civilian cost, and it white-washes the history of French colonialism in the Arab world and the hundreds of thousands of lives it claimed. Moreover, had these attacks been carried out in London, would Irish people be applying a Union Flag filter right now, regardless of the British State’s historic role in Ireland?

Like last week’s poppy hysteria, questioning the ways of showing solidarity could land you in hot water on social media. Mick Wallace and Clare Daly invoked a twitter storm for this:

The general consensus of the liberal twittering classes was that it was ‘too soon’ to raise such questions, especially since there was still part of the crime in progress; What nonsense though! Does a police department suspend the investigation into a serial killer until they are sure the criminal has finished their work? Is it not a matter of gross disrespect to the dead not to raise these questions? Sure, for the likes of Hollande, Merkel and Cameron who will endeavour to get as much political capital and as many photo opportunities as possible out of this tragedy, it is too soon to question their role and the role of the nation states they preside over, but for the rest of us, it is not a moment too soon.

When we raise these questions, we will find no solution in acts of revenge, in tail ending and cheerleading the leaders of imperialist powers, nor in adding fuel to the far right fire of intolerance. The only solution to the scourge of war and terror is internationalism. Solidarity with the people of Paris, we will mourn the victims, but no quarter shall be given to those who lay the blame at the door of a whole people. If terror groups have brought their war to Europe, it is a war that was started by North American and European Imperialism. It is one that won’t be won by taking sides with imperialists, religious fundamentalists of any hue or the European far right; They are all our enemies.

They are the enemies of the people of Europe, the people of the Middle East, Africa, Asia and the people of the Americas. The poor, the exploited and the oppressed of all countries are natural allies. The people of Rojava in Kurdistan have been resisting IS for two years now, despite heavy losses, they fight on defending their revolution and the new society they are trying to build. Our solidarity in the fight against IS belongs with them. If we follow their lead, if we too endeavour to build a new society based on liberty and solidarity, we can bring an end to all wars, to the barbarism that threatens to destroy humanity.  If we take any other route we will only deserve the extinction that will surely come.

Anti-ISIS fighters of the Women’s Protection Units, defenders of the Rojava revolution.

This entry was posted on November 17, 2015 by MarkH in Terrorism, War and tagged France, ISIS, Paris, Paris Attacks, War on Terror.